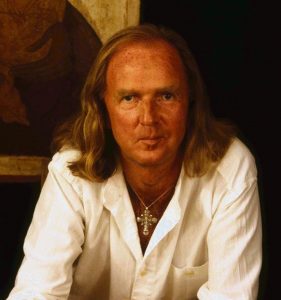 (28 January 1944 – 12 November 2013) was an English composer, known for his extensive output of religious works, including The Protecting Veil, Song for Athene and The Lamb.

As the son of Presbyterian parents, Tavener came into contact with spiritual music at an early age. After hearing Igor Stravinsky’s Canticum Sacrum, he decided to turn to music. He studied at the Highgate School, was organist and choir director at St. John’s Presbyterian Church and studied at the Royal Academy of Music (1961-1965). Tavener had planned to become a concert pianist and had already taken lessons with Solomon. However, his weak constitution (he suffered from Marfan syndrome) made playing the piano very tedious and he shifted to composition, which he studied with Lennox Berkeley. In 1964 Tavener met his role model Stravinsky, who only wrote “I know” on the score of Three Holy Sonnets.
While still a student, he won the Prince Rainier of Monaco Prize in 1965 for his cantata Cain and Abel, premiered by the London Bach Society. This was followed by further compositions, mainly on religious themes, which established Tavener as one of England’s most gifted and charismatic composers. His breakthrough came in 1968 with the lavishly composed cantata The Whale, inspired by Olivier Messiaen, which premiered at the founding concert of the London Sinfonietta.

Of decisive importance for Tavener’s work were his encounters with the Carmelite Father Malachy Lynch and the head of the Russian Orthodox Church in England, the Metropolitan Anthony of Sourozh (1914-2003), who became an important mentor for Tavener. Another important person for the composer from 1991 was Mother Thekla, the abbess of the Orthodox monastery of Normanby in Yorkshire, who translated, compiled or wrote texts for many of Tavener’s choral works. In 1977 Tavener converted to the Russian Orthodox Church. His music now took on a much stricter transcendental character, while his compositional technique remained unchanged.

Tavener became known to a broad public through the performance of his work Song for Athene at the funeral of Princess Diana. In 2000 Tavener was knighted for his services to music. 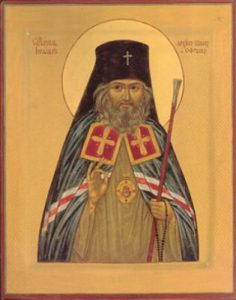 In 2003 he published The Veil of the Temple, a seven-hour work based on texts from various religions. However, Tavener himself described the positioning of his faith in a BBC programme of 2 April 2010 as “essentially Orthodox”. He composed the piece “Prayer of the Heart” for Björk in 1999. The piece was performed for the first time in 2001 at the exhibition “heartbeat” by Nan Goldin. In 2006 Tavener composed the piece Fragments of a Prayer for the film Children of Men.

The starting point for Tavener’s compositional work was already before his conversion the Christian religion, since his conversion in particular theology and spirituality of the Orthodox Church and its music were basis of his works. Tavener, however, did not simply adopt the tradition, but transformed it into his own tonal language. His works, which were eclectically conceived from the beginning, have deep roots in the past and are at the same time modern. His music is not first intended for the concert hall, but rather for the liturgy of the Russian Orthodox Church. Even Tavener’s instrumental music (such as The Protecting Veil for cello and strings) is based on the liturgy.

“The religious tradition says that only spontaneity is true – if I try to compose and it is not spontaneous, then nothing can come of it. As soon as I start thinking or encounter difficulties, I reject everything. This is exactly the opposite of the Western idea of composition: “that someone struggles to make a thing work”.

Tavener tried to strip away everything insignificant in his tonal language. Very experimental in his beginnings, he now depersonalized his works by simplifying them and reducing them to consonance and stability, with clear, easily comprehensible structures and forms. Dissonances, chromaticism, too complex counterpoint and rhythm are opposed to the main function of the compositions, the transmission of the religious message, and are therefore avoided. Nevertheless, Tavener’s works draw on a rich spectrum of transitions and contrasts, especially in the fields of pitch range, dynamics and timbre.