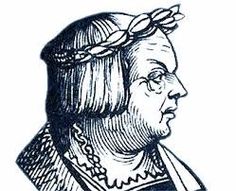 The Franco-Flemish composer Heinrich Isaac (around 1450 – 1517) was, together with Josquin Desprez, probably one of the most productive and influential of the early Renaissance. Heinrich Isaac’s early life, his musical education and the possible teachers are not known. The education must have been excellent and was already completed in the years before 1476 due to the dating of an early manuscript with three motets.

Born in Flanders, he spent much of his life travelling through Europe. After about ten years at the splendid court of Lorenzo de’ Medici in Florence, he became court composer to Emperor Maximilian the First in Vienna and Innsbruck. This office gave him the opportunity to travel through the empire and spend further years in Florence. There he enjoyed particular popularity.

Heinrich Isaac, together with Josquin Desprez, Jacob Obrecht and Pierre de la Rue, was one of those composers who represented a musical “ars perfecta”. Isaac was regarded in Italy before 1500, north of the Alps, as a truly famous, extremely fruitful and admired composer. This fame and the extent of his oeuvre have obviously had a direct impact on the tradition of his works and the sum of their sources preserved to this day, although after the 16th century many losses certainly occurred here. The surviving stock of sources can be called monumental in comparison with other composers of his time. 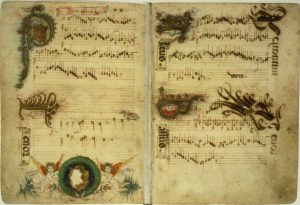 Isaac composed almost forty masses, over fifty motets and almost a hundred secular songs and instrumental pieces. His most famous work is Choralis constantinus, a three-volume collection of nearly a hundred complete polyphonic propriety compositions for all Sundays and many religious festivities of the church year. It was commissioned in 1508 by the chapter of the Münster zu Konstanz, where Isaac was staying at that time, and is a unique monument in its genre, in which all contemporary techniques of mass and motet setting are represented.

Isaac’s secular compositions include polyphonic songs on Italian, French and German texts. The Italian ones are written in the frottola form for three or four voices, with clearly structured motifs and often with a rather trivial text.