The era of the German late baroque brought forth Bach and Handel, two of the greatest musical geniuses. But Georg Philipp Telemann, born in 1681, was considered equal, if not superior, to them at the time.

Telemann was the most fruitful composer of his time. He was a man who was apparently always and restlessly active throughout his life.
He began writing his first opera at the age of twelve. As an adolescent he composed music for performances of religious dramas at his school. He gave up music when he went to Leipzig to study law at the university there. But when his talent was discovered, he was commissioned to write a cantata for the city’s main church every two weeks. At twenty-one, he became director of the Collegium musicum and the opera house. Three years later, in Sorau in Brandenburg (today in Poland), he worked as a conductor for the Count of Promnitz. Around 1708 he moved to Eisenach, where he conducted the court orchestra and composed cantatas and instrumental works. In 1712 he moved to Frankfurt where he soon became municipal music director. In 1721 he finally settled in Hamburg, one of the wealthiest German cities. There he became director of church music at the five main churches. A special attraction of Hamburg was that the city had an opera house with a good reputation.
There he composed with astonishing ease. Every week he created two cantatas and additionally ones for special occasions, a Passion for each Easter and festive music of various kinds. All this claimed him so little that he could lead the Collegium musicum in his free time and be active in the field of opera.
His restless zeal slowed down a little after 1740 when he approached his sixtieth birthday. But this had its reason above all in the fact that he decided to dedicate himself mainly (i.e. beside his official duties) to the music theory and the music education. His aim was to fundamentally change some of the academic ideas about music studies in order to make music more accessible to the general public. 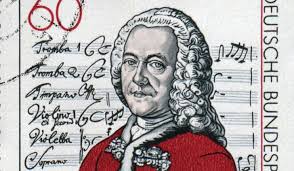 In his mid-seventies Telemann began composing oratorios. A genre that had hardly interested him before. Perhaps he was inspired by the example of his friends Handel, who turned to oratorios also late in his life.
Telemann’s other achievements included the founding and publication of a music journal and his advocacy of the legal and financial rights of composers to their own works.
Telemann, who composed until the end of his life, died in 1767 at the age of 86.

Telemann was considered a progressive composer in his day. He was a master who turned away from the learned counterpoint of the late Baroque and turned to a more melodic tonal language. In harmony with his basic musical philosophy, his works emphasize the light, the graceful, the melodic. His rhythms are direct and symmetrical, the accompaniment is slender and reserved.
He was stylistically very versatile. But in whatever style he wrote, his own touch, cheerful, well-formed and entertaining, always shines through.