Baroque music in the Romanesque churches of the Ribéracois

The Festival Itinéraire Baroque is the annual meeting place for Baroque music in Romanesque architecture sites in the Périgord Vert. The 2019 edition offers the public a diverse program with Bach as guest of honour. 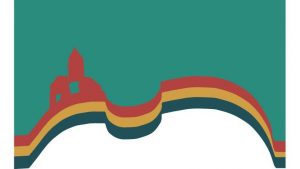 The festival combines baroque music, pedagogy and Romanesque architecture and has established itself as a leading cultural event in Aquitaine and in the French and international festival season. It is one of the few festivals whose artistic director is such a renowned musician, guaranteeing Itinéraire Baroque’s durability and influence.

The project started in 1998 with 2 baroque music enthusiasts, Robert-Nicolas Huet and the Dutch conductor Ton Koopman. Seduced by the beauty of the many sleeping Romanesque chapels of the Périgord Vert, Ton Koopman wanted to revive these places full of history by bringing what he loves most: baroque music. So they combined their love of music with the architecture of the region’s beautiful churches. The festival began in 2002 and still attracts audiences nearly 18 years later. Pergolesi, Bach, Biber, Tiehl, Fasch, Schwartzkopf, Scarlatti, Telemann, Merula, Scheidemann, Frescobaldi, Couperin, Forqueray, and many more… all the must-see musics of baroque music are celebrated.

At the heart of this festival is harpsichordist, organist and conductor Ton Koopman.
He will accompany baritone Klaus Mertens on harpsichord and organ at the opening concert on Thursday, July 25 at 8:30 p.m. in the church of Cercles and will conduct the closing concert on Sunday, July 28 at the same place at 5:30 p.m.

The particularity of this festival is “the itinerary”, on Saturday 27 July, the public is led to wander from church to church to the sound of bewitching notes and to attend six consecutive concerts in six churches not far from one another. All ticket holders are invited first to a first concert in the church of Saint Jacques d‘Aubeterre sur Dronne, beginning at 9:45 am. After the concert, everyone will be divided into one of five groups and given a leaflet indicating the order in which they should attend the remaining concerts.
Each concert will last approximately 30 minutes. Starting time at the five churches are at 11am, 12:15pm, 3:15pm, 4:30pm and 5:45pm. The musicians will repeat the concerts with each new group. Sufficient time has been allowed for participants to get from one church to the next without rushing. Additionally, two hours has been set-aside for lunch from 1:00pm to 3:15pm.